Everyone in the town of Prescott did a great job putting on the tournament, and players from all teams did a fantastic job representing their organizations.

In past years, teams from as far away as Riga, Latvia have competed at The Leo. 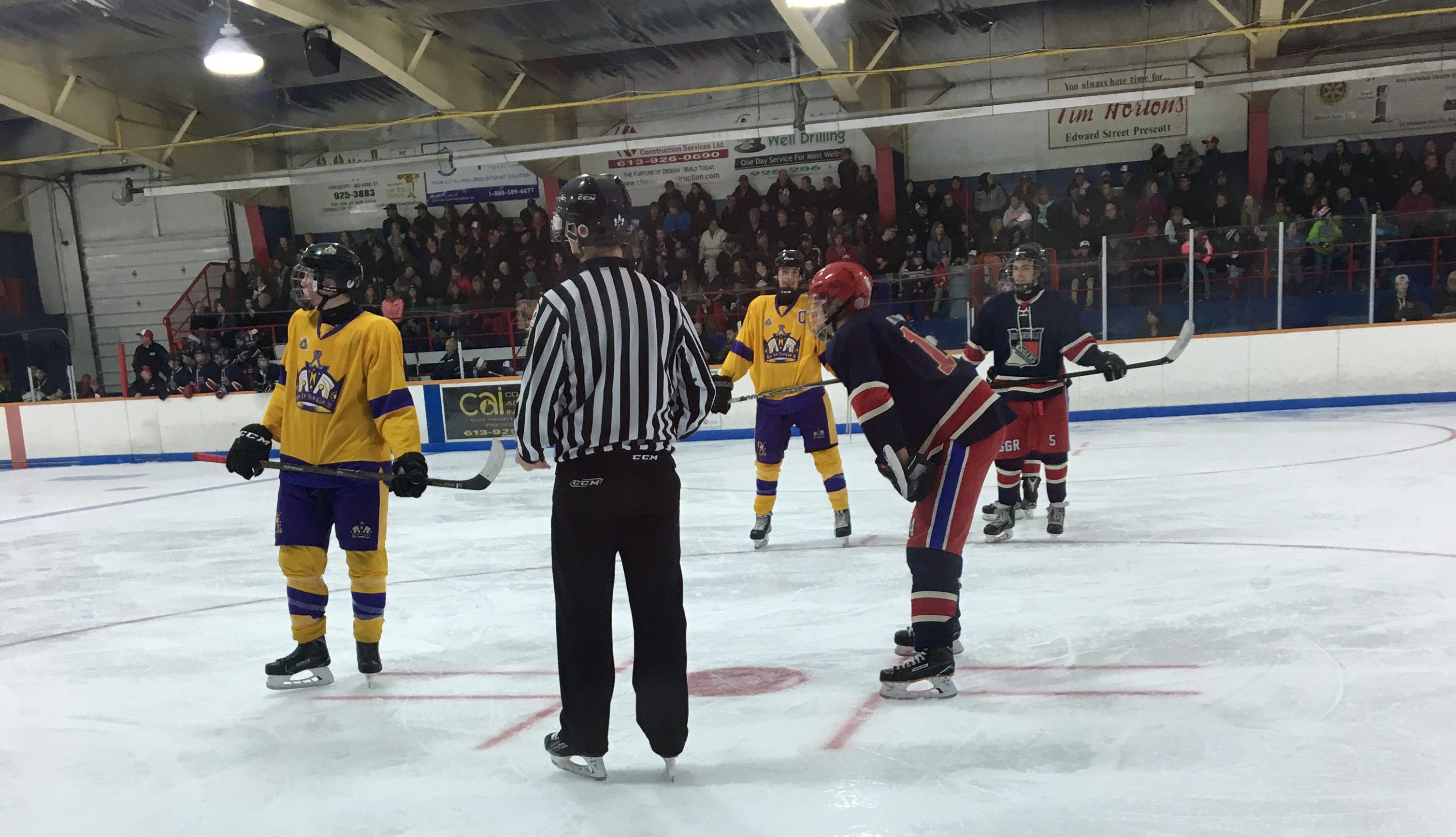 Some of the traditions from the tournament will travel down the road to Morrisburg too including the opening ceremonies, a skills competition, and a final flood.

Louis boys made to salute the Row after 3 consecutive years in Prescott!

Over the years, many teams have done incredibly creative things to impress The Row.

The team monitor program assigns a second-year Peewee-level player to each of the 16 teams.

There are four finals set for Sunday, with the championship game slated for late Sunday afternoon. 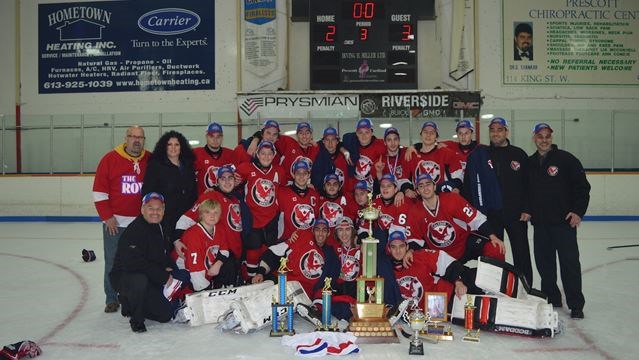 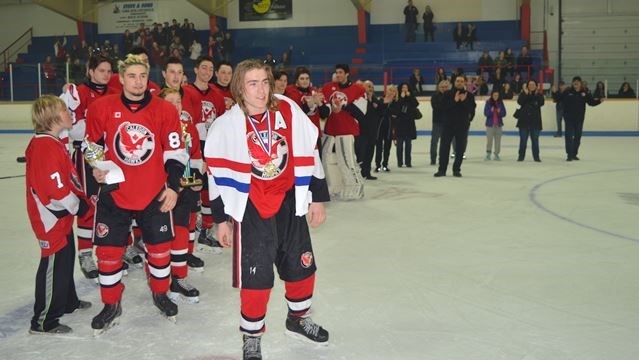 Leo Boivin is expected to be on hand to coach the local squad. 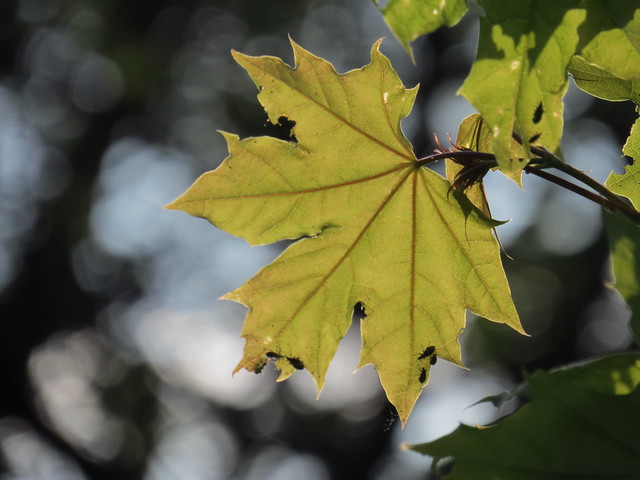 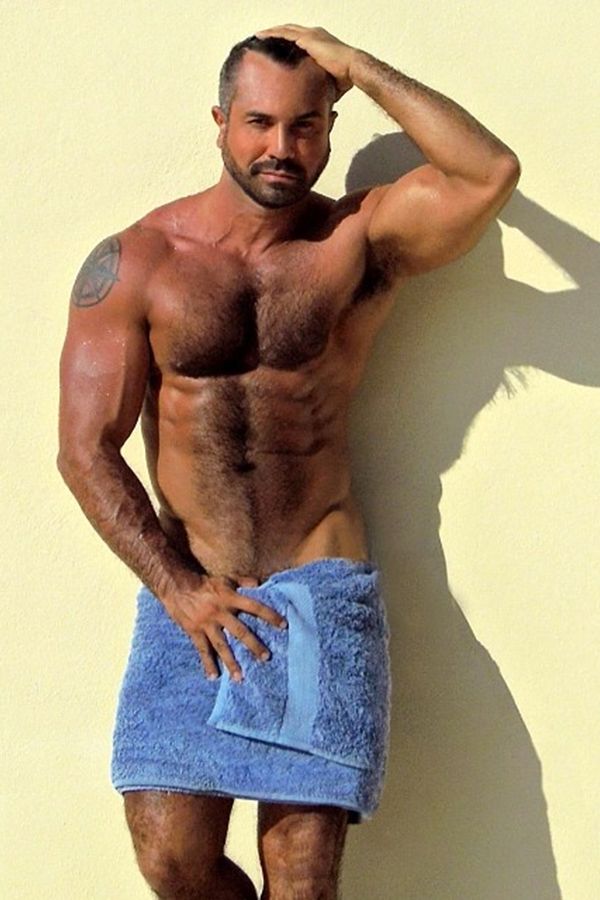